What’s Wrong with a Six Figure Income, Especially for Pastors? 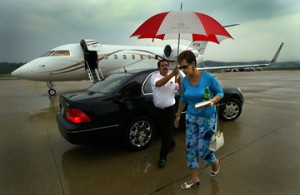 Last Sunday in a sermon I shared details about the downfall of a megachurch pastor by the name of Mark Driscoll, a household name among many in the evangelical community.  In my research I turned to comments by John Piper in a post titled “Do You Regret Partnering with Mark Driscoll?”. In that blog post were valuable lessons John wanted to pass along regarding Mark’s fall, lessons that are Christ-exalting and supremely beneficial for all Christians but especially pastors who might have been envious of Mark’s meteoric rise to fame.  One of those lessons from John was this one: “Fifth lesson. I think there is a lesson here about money and salaries of pastors. I think it is a huge mistake to view pastors as corporate executives with huge salaries in the two, three four, five, six, seven eight hundred thousand dollar range. That, to me, is a clear danger signal that the elders and the pastor have their heart in the wrong place. I don’t know Mark Driscoll’s salary, but I think the corporate mindset was too prominent and so the warning to us stands.”[1]

I don’t know what John Piper’s salary was when he pastored Bethlehem but my educated guess is that it would have been considered quite modest in comparison to many in his league, and that John would not have said what I just quoted above if his own salary was in the categories he decried. When I worked for Billy Graham back in the late 60’s Billy’s salary was a whopping $25,000 a year (not monthly) and I am sure that after I left, the Association made sure his raises were barely above cost of living each year.  Of course that’s when he was paying me $1.60 an hour and a gallon of gasoline cost 25 cents! When the minimum wage went up to $1.65 a year later, I was given a 5 cent raise by the Association, and told to say “Thank you”!  I did, and didn’t complain back then that others recently hired got the same amount I did even after working a full year to get a nickel raise.  Why not? Because it wasn’t about the money back then and it’s not about the money now.

I will be the first to admit that hard working pastors are worthy of a living wage and when people decry their seemingly inflated salaries they usually fail to calculate ministry expenses, self-employment taxes, retirement, etc., etc. and that dollar for dollar pastors are usually underpaid compared to other occupations that require similar levels of education (an M.Div, or Masters of Theology requires 3-4 years postgraduate study and 2 more years of internship before ordination totaling 10 years of post high school training making their preparation not unlike an MD’s). But I said a “living wage” not a “luxurious wage”.

I think John Piper has an extremely important point. Money corrupts. Paul also wasn’t exaggerating when he said the “love of money is a root of all kinds of evil” (1 Timothy 6:10).  The deceptive power of money on a man or woman’s heart is amazing. Just look at the YouTube exposés of the health and wealth false teachers.  It is truly amazing how they can justify their 12 million dollar homes and 10 million dollar jets and their 450,000 dollar Bentleys and Rolls Royces. The names of these false teachers include Joyce Meyers, Ken Copeland, Benny Hinn, Joel Osteen, TD Jakes, Creflo Dollar (interesting surname isn’t it?) among many, many others.

I don’t want to blast these false teachers in this blog because they will get blasted before the Lord on Judgment Day, that is if they actually make it to the Bema Seat of Christ for believers.  I am afraid that most of the above mentioned won’t be in attendance at that event, if you know what I mean, jelly bean.

No, the point of this blog is to encourage us to be the kind of people the world looks at and literally says, “I think I can actually see a modicum of Christ in that person.” They can’t say that of us if we are defending million dollar salaries they know would be condemned, blasted, and eviscerated by our Lord Jesus in the same way he called the Pharisees white-washed tombs and slimy vipers who were leading people astray.  Sorry Joyce Meyers but I think the description of a slimy viper fits you quite well.  Oooops, I said I wasn’t going to do that.

I struggle in my evangelism for the exact reason I just stated. Not enough non-believers see even a modicum of Christ in believers these days.  I can share the gospel and do, but I have to overcome a perception of Christians by non-Christians who view them as phony, hypocritical, greedy, self-righteous, materialistic idolaters. It doesn’t help when Joel Osteen’s teeth sparkle a fake smile that can be seen a mile away by anyone with any sense of discernment. Really Joel, really?  You think anyone who is struggling with life takes you seriously? Please repent.  Ooooops, I said I wasn’t going to go there.

I want my spur-of-the-moment evangelism encounters with non-Christians to not get side-tracked with discussions of, and perceptions of, the hypocrisies of the Christian community. I want to re-direct them to the Jesus of the gospels who healed the lepers, and spoke with a woman about her sex life without coming across as self-righteous, (even though he was the only one who literally was self-righteous), who walked in worn out sandals and eschewed golden chariots, who had no place to lay his head except for rocks on the ground (Matthew 8:20), who valued prostitutes as people with worth and whom he saw possessed hidden dignity instead of being pieces of meat for sale as the Pharisees did (I wonder what they paid for a night of fun when they took their Pharisaical robes off?). I want to, but it’s hard to get them to look past the so-called earthly followers of Christ they know of or have heard of who give anything but an accurate picture of Jesus to the world.

The National Day of Prayer is right around the corner, in fact it is Thursday May 7th.  One of the recurring themes of this movement is to call for national repentance.  What a waste of time and prayer! I mean that in the most respectful of ways and I know the local leaders here in Alexandria understand what I mean as well.  There can be no national repentance until the church of Christ repents of its own hypocrisies.  Quoting 2 Chronicles 7:14 is absolutely appropriate as long as one puts the onus and burden on the “right” people. They are called “my people” in the passage and living under the New Covenant that means believers.  Here’s the passage: “if my people who are called by my name humble themselves, and pray and seek my face and turn from their wicked ways, then I will hear from heaven and will forgive their sin and heal their land. (2 Chronicles 7:14 ESV)

I hope you are asking yourself as I ask myself right now, “Am I giving to my neighbors an accurate picture of Christ in me?” Or, “Am I hindering the cause of Christ by focusing way too much on my agenda, needs, pleasures and pursuits?” Don’t be pointing your fingers at the health and wealth prosperity preachers (let me do that) and blaming them for the misperceptions people have about Christianity, let’s give our non-Christian friends something to really consider as they look at us, such as humility, love, patience, understanding, compassion and sacrifice. In other words, get out of the way, and let Jesus shine through us. When we get to heaven and are glorified we are going to shine like stars in the night with the purity of his holiness. Let’s get a head start and increase the luminosity now, while it will do the most good.

I shepherd the flock of believers called Cornerstone Church in Alexandria, MN, a family integrated Baptist Church and more importantly am married to a fabulous woman named Pati who is grandmother to our 5 wonderful grandchildren, Luke, Wyatt, Brin, Livy and Eleanor (Ellie).
View all posts by Darryl Knappen →
This entry was posted in Prosperity Gospel and tagged Joel Osteen, John Piper, Joyce Meyers, Mark Driscoll. Bookmark the permalink.

1 Response to What’s Wrong with a Six Figure Income, Especially for Pastors?